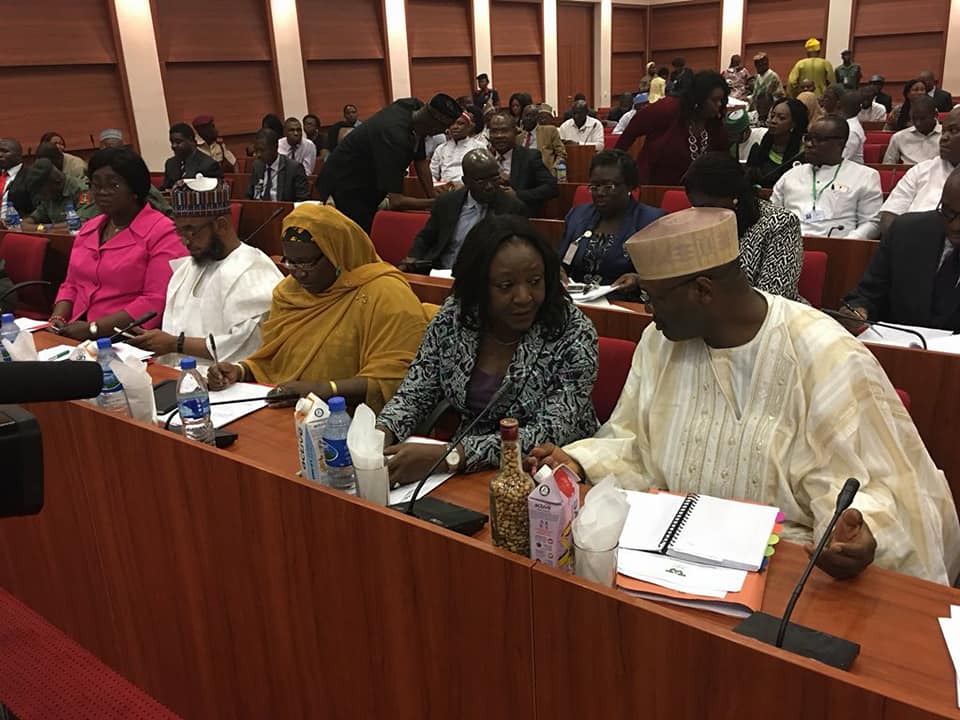 The failure over the years to systematically and consistently enforce sanctions against individuals who flout established laws during elections has encouraged the impunity and violence that often characterize electoral contest in Nigeria, Chairman of the Independent National Electoral Commission (INEC), Prof Mahmood Yakubu has said.

Speaking at a Public Hearing on a Bill to establish the National Electoral Offences Commission and For Other Matters Connected Therewith (2017), organized by the Joint Senate Committees on INEC and Judiciary on 12th March at the National Assembly complex Abuja, Prof Yakubu regretted that the development had led to the subversion of people’s will, and by extension, also undermined the nation’s electoral democracy.

Part of the problem, according to him, is that while the Commission is saddled with the responsibility of prosecuting electoral offenders, Section 150 (1) and (2) of the Electoral Act 2010 (as amended) empowers INEC to prosecute electoral offenders through its Legal Officer or any Legal practitioner appointed by it, but without the power to arrest and investigate such offenders.

Prof Yakubu argued that without the capacity to make arrest and investigate violations, the Commission’s prosecutorial role had been severely hampered. Notwithstanding the constraints, he affirmed that the Commission had successfully prosecuted some electoral offences.

His explained: “Arising from the 2015 General Elections and subsequent bye-elections, 124 cases on electoral offences were filed and so far, 60 convictions have been secured. Yet, these convictions are a far cry from the large number of electoral offences that occur. There are several factors responsible for the inadequate success, ranging from the huge prosecutorial task, dependence on other agencies for arrest and investigation, time and resources against the backdrop of INEC’s extensive responsibilities of conducting elections and managing pre and post election litigations.”

Underscoring the need for the proposed commission, the INEC Chairman said: ‘The consideration and passage of the Bill is long overdue given the strong advocacy by two previous Committees set up by the federal government – the Electoral Reform Committee (the Uwais Report) 2008 and the Committee on the Post-Election Violence (the Lemu Report) 2011. In their mutually reinforcing recommendations, the two committees strongly advocated the establishment of Electoral Offences Commission/Tribunal for the enforcement of laws, to address all forms of electoral offences and consequently stem the incidence of electoral violence that has undermined the stability and progress of Nigeria’s electoral democracy.

“While the Uwais Report was transmitted by the executive to the National Assembly in 2010, the Whitepaper on recommendations of the Lemu report directed the Office of the Attorney-General of the Federation and Minister of Justice to take steps towards the establishment of the Electoral Offences Tribunal. Nearly a decade later, there has been no legislative action on these aspects of the recommendations of the Uwias and Lemu reports, making the present effort by the Senate and the concurrent effort by the House of Representatives a welcome development.

“The creation of the National Electoral Offences Commission with powers to arrest, investigate and prosecute all violators of electoral laws will go a long way towards ensuring that perpetuators of electoral offences are punished. The Bill, when passed into law, will not only ensure speedy and effective prosecution of electoral offenders, it will also enable INEC to focus and prioritise on its other extensive responsibilities as an Election Management Body.”

Prof Yakubu also presented INEC’s five recommendations on the Bill. He noted that the composition of the proposed Commission “is heavily tilted towards ex-officio representation.“ He observed that out of the proposed 17-member Board, 12 were to be drawn from existing agencies, leaving only the Chairman and four special members to be appointed on personal recognition.

He averred: “There is no representation of special action groups that have, over the years, observed elections and built a body of knowledge /data on how the electoral process is subverted. The composition of the Commission should be reviewed to more specifically leverage on persons of such experience.”

The second recommendation touched on section 2(1)(a)(i) of the proposed Bill which makes the Chairman of the Commission the Chief Executive and Accounting Officer. But the INEC Chairman cautioned against the move, noting that Section 20(I) and Section 60 of the Public Procurement Act 2007 had made it clear that the accounting officer should be the Secretary who is charged with line supervision of the conduct if all procurement processes.

On Section 12(I)(a) of the Bill which provides for the establishment of the investigation, legal and prosecution unit,” Prof Yakubu proposed that the Legal Unit, with functions of prosecution, should be separated from investigation “in view of the fact that one is serving the other.” He added: “In the same vein, all units of the Commission in the Bill should be renamed as Departments with units under them. This will provide for a better and more effective organizational structure and coherence.”

On Section 27(c), he advised that the word ‘voting or” should be deleted, since the reason for voting is personal and replaced with “causing to vote” on the basis of religion, community, caste, tribe, language or region.