Cross Section of Resident Electoral Commissioners at the meeting.

With the various lessons learnt over the just concluded 2019 General Elections, the Independent National Electoral Commission (INEC) is convinced that a major national conversation is necessary to examine the management of the country’s electoral system, according to the Commission’s Chairman, Prof. Mahmood Yakubu.  But the proposed process, he averred, must be qualitatively different from what was done in the past and should benefit from all previous efforts at reform. While he agreed that some progress had been recorded since the return to democracy in 1999, he was also of the opinion that “a lot of work still lies ahead.”

With the benefit of hindsight, he also believes that until Nigerians collectively get the country’s electoral process on the right, consistent and progressively positive trajectory, all efforts at nation-building and promoting peace and progress would remain epileptic.

Prof Yakubu made the comments at the Commission’s first meeting Resident Electoral Commissioners (RECs) since the conclusion of this year’s general elections, held at its headquarters in Abuja, the Federal Capital Territory on 28th May.

He told the RECs that many observers have already submitted their interim and finals reports, while numerous civil society organisations have also appraised various aspects of the polls. The judiciary in Nigeria, he noted, is currently adjudicating many petitions challenging the conduct of primary elections by political parties and the outcome of the general elections.

Prof. Yakubu revealed that between June and July, the Commission would engage with all stakeholders, starting with internal reviews with staff at the local government and state levels. This will involve Electoral Officers (EOs), Administrative Secretaries (AS), Heads of Department (HoDs) and representatives of ad-hoc staff engaged for elections, such as Presiding Officers at Polling Unit level to Collation and Returning Officers.

The conversation will be structured around 15 critical issues. These include preparations for the 2019 general elections; voter registration and collection of Permanent Voters’ Cards (PVCs), Communication issues in terms of voter education and publicity; political parties with emphasis on the number, mode of registration, internal democracy, and accreditation of party agents; recruitment, training and deployment of election personnel and logistics in terms of movement and security of personnel and materials.

Also on the planned agenda are Information and Communication Technology (ICT) matters, with particular focus on configuration and deployment of technology, recruitment, training and deployment of technical support; procurement and deployment of sensitive and non-sensitive materials; election day processes, including polling unit administration, accreditation of voters, voting procedure, collation and transmission of results; reverse logistics for personnel and materials; election security in terms of the relationship between INEC  and security agencies, the effectiveness and impact of election risk assessment methods; and the electoral framework.

Others are: the extensive responsibilities of the Commission, which often leave it with little or no time to plan for elections and effectively address other extensive and complex responsibilities like constituency delimitation and prosecution of electoral offenders; inclusivity dynamics, involving the participation of women, youths and persons with disability in elective offices and management of the plethora of election observers, especially with regard to their accreditation, responsibilities and behaviour during and after elections.

Funding issues in relation to the increasing cost of elections and the personal conduct of political actors in terms of their do-or-die attitude will also be on the agenda.

The recommendations from the national conversation, Prof Yakubu said, will feed into what he described as an enduring reform of the electoral process.

He added: “For it to be robust, we also need to take into consideration the reports of previous committees on electoral reform. Over the last 40 years, virtually all our elections have been accompanied by the report of one committee or another on electoral reform, among them the Babalakin Commission of Inquiry into the affairs of the Federal Electoral Commission (FEDECO in 1986), the Uwais report on electoral reform (2008), the Lemu Committee on post-election violence (2011), the Ken Nnamani Committee on constitutional and electoral reform (2017), the various administrative reports by INEC, investigation reports by the security agencies (the Nigeria Police and the Nigerian Army), the independent studies by the National Human Rights Commission (2015 and 2017), the judgements of the various election petition tribunals, the reports of domestic and international observers, record of public hearings for the amendment of the electoral legal framework by the National Assembly and even confessional statements by some political actors.” 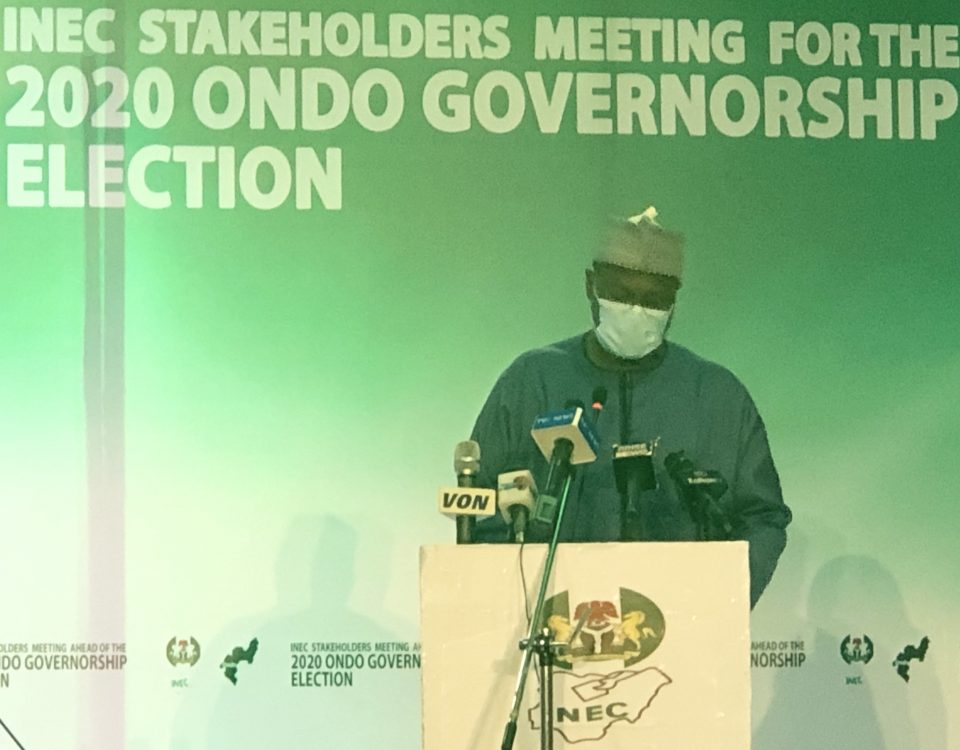