Let me on behalf of the Commission express our appreciation to the Senate Committee on INEC for the invitation and for this maiden meeting. Essentially, the Chairman of the Committee has said all the things that we will like to hear from the National Assembly and consistent with our commitment not only to doing our job conscientiously for delivering credible elections in Nigeria,  but also for our commitment to the welfare of the staff and we have to make it happen.

Distinguished Chairman, you talked about the proposed amendment to the Electoral Legal Framework. You will recall that when Certificates of Return were formally presented to Members-Elect of the National Assembly at the International Conference Centre after the 2019 general elections, it was one of the issues that I raised. I said that there is a lot of work to do, but very little time available for doing the job. Very little time, considering the fact that from now to the 2023 General Elections, it just a little over 1,240 days. So, the election is not too far away.

I want to thank the Committee also for restating your commitment to the welfare of (INEC) staff.  We are committed to that and we will make specific proposals when we submit our 2020 budget proposals before the end of this month. I am sure our staff will be very happy to hear this that you have put smiles on the faces of all the staff of the Commission.

Thirdly, we look forward in the same spirit to working very closely with you for all the reasons that you have mentioned.

In the letter of invitation of this distinguished committee, you requested us to brief you on the preparations for the two governorship elections for the 16th of November in Kogi and Bayelsa states.

We’ll require lot of ad-hoc staff to conduct the elections in the two states. In Bayelsa, we’ll require 9,945 ad-hoc staff. In Kogi, we’ll require 15,868 ad-hoc staff. In all, for the two states, the Commission will require about 26,000 ad-hoc staff to conduct the elections. But in addition to the governorship elections, we also have other elections, essentially bye-elections. We have already since the 2019 general elections conducted one bye-election into the Pengana State Constituency in Plateau State, caused by the death of the member representating that constituency. In addition, we have another bye-election pending in Katsina, in the Sabwa State constituency. The Speaker of the (Katsina) State Assembly has already declared vacancy, so we are preparing for the bye election.

But in addition to the governorship election in Bayelsa state, there is also the pending supplementary election into the Brass II State Constituency in six Polling Units. We planned and prepared to conduct the election shortly after the general elections, but for the protracted legal battle that went up to the Supreme Court. It is only recently that the Supreme Court determined the case. So, we are going back to conduct that election in six Polling Units and make a declaration for the Brass II State Constituency. We are going to combine it with the Governorship election.

Party primaries and nomination of candidates.

We have 92 political parties today. We had 91 going into the 2019 general elections but since the general elections, the courts have ordered the Commission to register another political party. Some of the (existing) parties were actually registered by court order. The constitutional provision for registration of parties is very clear. But in addition, the Electoral Act 2010 says that if an association doesn’t hear from INEC within one month, it is deemed to be registered. INEC has a record of obeying court orders. So, we have 92 political parties.

For the Kogi and Bayelsa governorship elections, parties conducted their primaries and we monitored them. But only 52 parties nominated candidates for the Bayelsa governorship election, while 49 did in Kogi, making a total of 101 parties for the two elections. However out of the 101 parties, only 46 in Bayelsa and 41 in Kogi, making a total of 87 made valid nominations. In other words, the nominations complied with the constitutional requirements for qualification for election into the office of governor. These requirements are one: The candidate has to be a Nigerian citizen by birth; two: He or she has to be 35 years of age minimal; three: He or she must be sponsored by a political party, we have no independent candidacy; and then four: The candidate must be educated to school certificate level.

After all the expenditure and monitoring of the party primaries and based on the provisions of the law, they then decided to withdraw from the elections. It’s entirely legitimate for them to withdraw. And they gave quite a number of reasons, ranging from lack of financial capacity to prosecute the election. Some said family advice on the fear of violence; one said ill-health, another said travel arrangements and another said there is a slim chance that his party will win the election.

In all, we have 45 parties contesting in Bayelsa and 23 in Kogi, making a total of 68. But three of the 14 parties that made invalid nominations have dragged the Commission to court. I can’t comment on the merit of these cases in court.

On budget, where are we? Do we have the resources for the elections in Kogi and Bayelsa? Yes, we made provision in the 2019 regular budget for the two governorship elections. We have also made provision for some unforeseen off-season elections, like the Pengana State Constituency election caused by death and the pending bye-election in Katsina, again, caused by death. We have also made provision for recall and referendum. And yesterday (8th October) we received a letter from one of the states asking for the register of voters to initiate a recall of one of the members of the National Assembly. So, there is already a request for initiating recall. We made provision in the regular 2019 budget for this kind of situation and we are well within budget.

For the two elections, there are 14 activities that the Commission has to implement, from the publication of the Notice of Election to the election day proper. So far, we have successfully accomplished nine out of the 14 activities. The 10th activity which is the presentation of the register of voters to political parties is going to take place on Monday the 14th in our offices in both Bayelsa and Kogi States. The remaining four activities will be accomplished between the 2nd and 16th of November. So, in terms of the goals we set for ourselves, we are well on course.

The Commission is aware that the two states are difficult in terms of terrain. Arrangements are being concluded with the National Union of Road Transport Workers for land transport based on the existing Memorandum of Understanding between the Commission and the NURTW. In Bayelsa, because 5 out of the 8 local governments are riverine, we have also made arrangements with boat owners.

All non-sensitive materials for the elections for the two states have been delivered and they (our staff) are batching the materials by local governments, by RAs (Registration Areas) and ultimately down to the level of Polling Units. As always, the Smart Card Readers (SCRs) will be deployed for the election for the purpose of voter accreditation and we have made arrangements for the configuration and deployment of the SCRs. The Manual Register will be printed. One will be pasted at the Polling Units, the other one will be held by the Presiding Officer and that is the one that will be ticked off on election day. We are well on course also on the production of the register.

I said earlier that we require about 26,000 ad-hoc staff. It is not just about recruiting the ad-hoc staff but also training them. We have commenced the process of recruitment of ad-hoc staff and training them – those that are going to perform the tasks at the polling units, mainly drawn from the NYSC. Already, we have concluded the master training, the train-the-trainer programme for security personnel and we have also conducted the refresher training for electoral officers and assistant electoral officers for the two states.

Both Kogi and Bayelsa are politically volatile. And we have seen the kind of situation that arose during the conduct of primaries by political parties and one or two incidents in Kogi with the commencement of campaigns by political parties. We have the Inter-Agency Consultative Committee on Election Security (ICCES) which I co-chair with the National Security Adviser (NSA). The Police is the lead agency but all other security agencies are also involved. Yesterday (8th October), we had a consultative meeting with the Inspector General of Police and we are working on the deployment jointly with the security agencies for the security personnel needed for the two elections.

Given the security situation in the two states, we realized that we have to be more proactive in our engagements with all the stakeholders at state level since this is the first major election after the 2019 general elections and learning lessons from what happened in the 2019 general elections. We have taken the extra-ordinary step to start engaging with the stakeholders long before the elections. 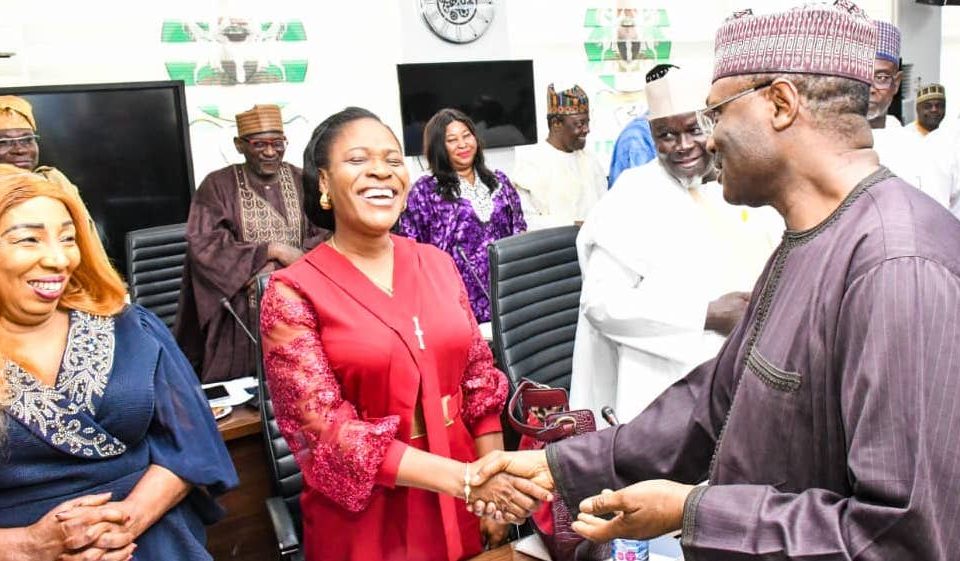